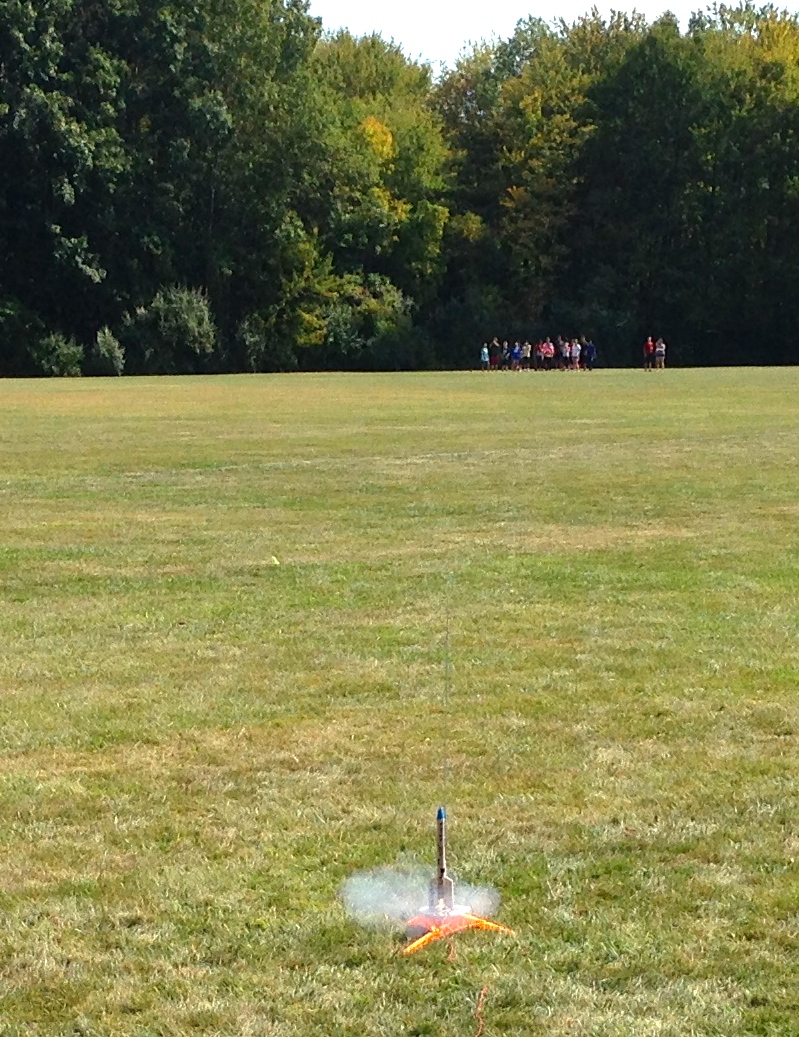 During the last few weeks of the school year, the 7th graders in the Academy of Aerospace and Engineering have been learning about rockets for  the aerospace component of the curriculum. Students have researched and learned about various rockets, they have studied how rockets work, and they have designed launch systems for specific requirements. To augment their learning, they have built and launched Estes Alpha model rockets. Before launching, every student had to pass a National Association of Rocketry safety test (minimum score = 100%). Then each student crew built two rockets and learned how to safely launch them. Additionally, students learned how to make and use an inclinometer, a tool to measure the angle of the rocket’s highest point versus the horizon, then use this angle to calculate the rocket’s altitude using simple trigonometry. During launches, the crews that were not launching their rockets were tasked to measure the altitude. Starting this week, students will begin an engineering design project to design, build and launch an improved model rocket that each crew makes from scratch and that goes higher than the Alpha rockets did. When these students return in the fall, they will get a chance to do one more model rocket project as they study the physics of rocket flight. Therefore, academy students become well versed in rockets both through research projects and through hands on projects.

Here are photos of the students building their Alpha rockets, displaying their rockets, preparing to launch their rocket, then using the inclinometers: 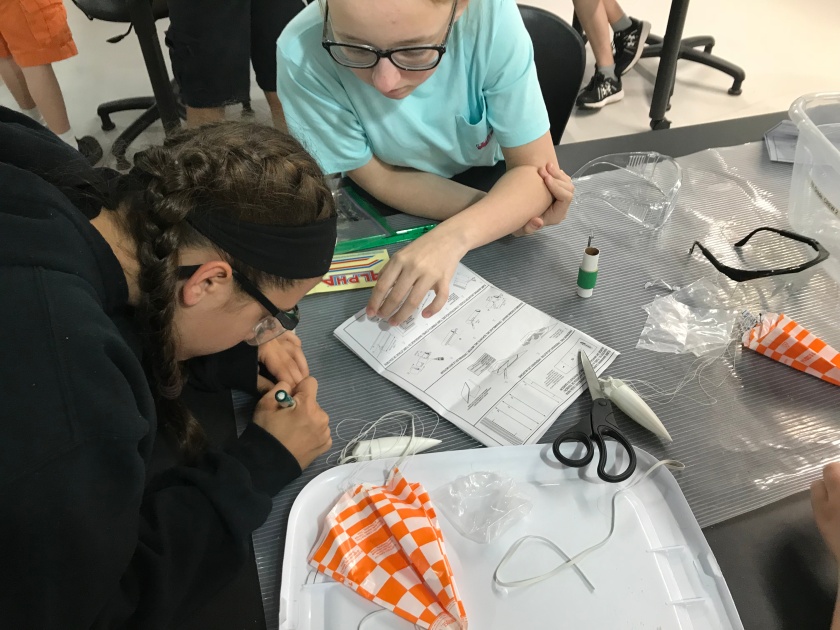 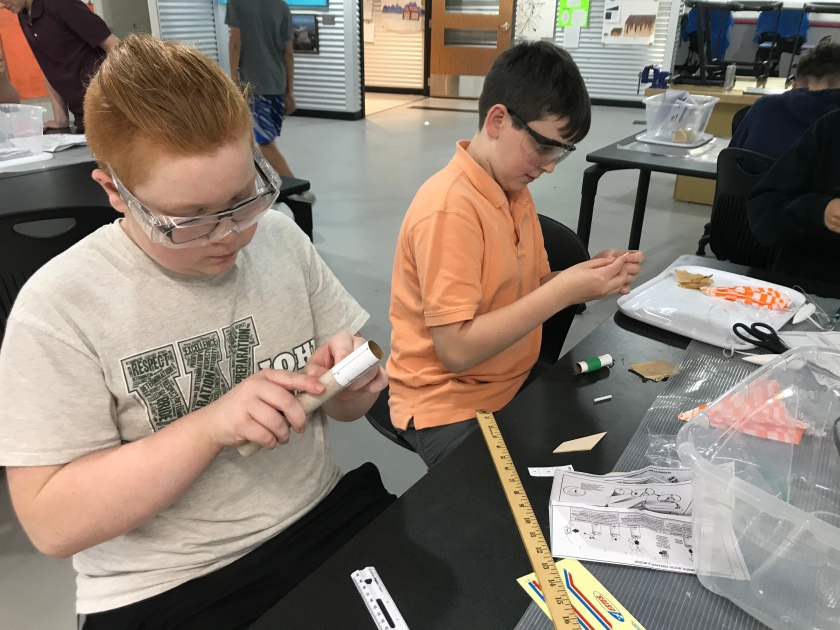 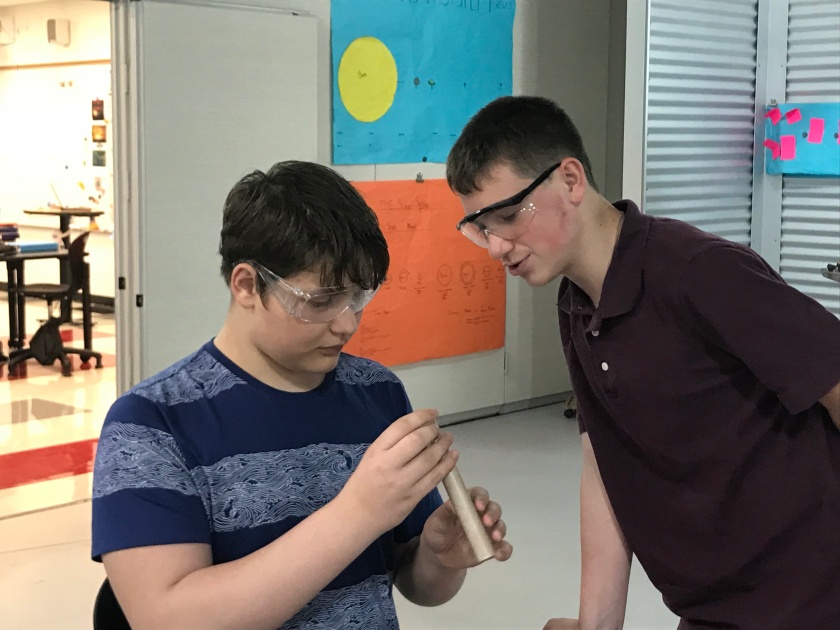 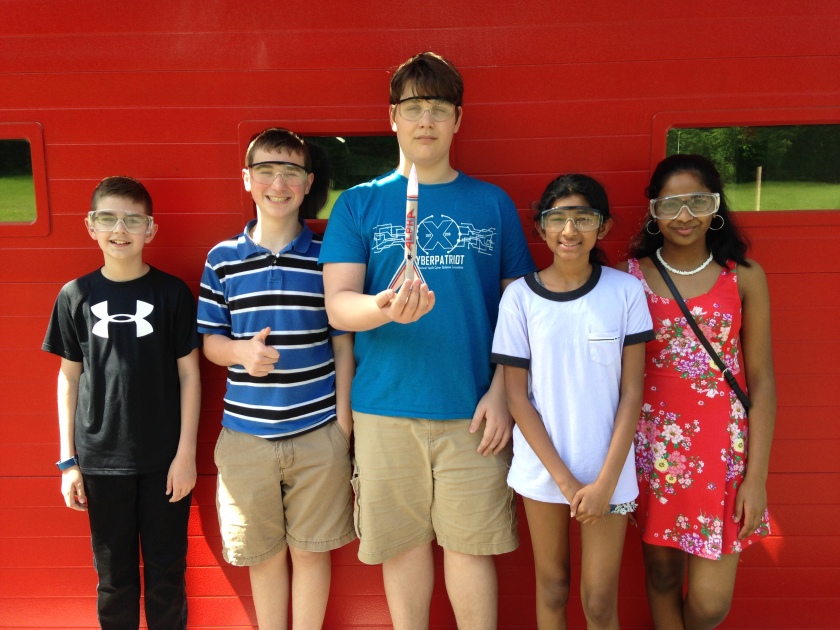 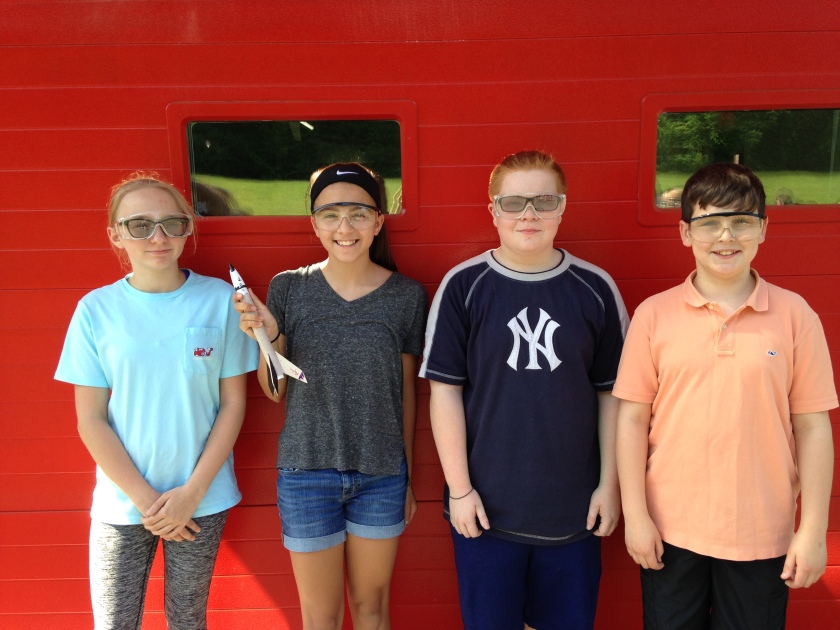 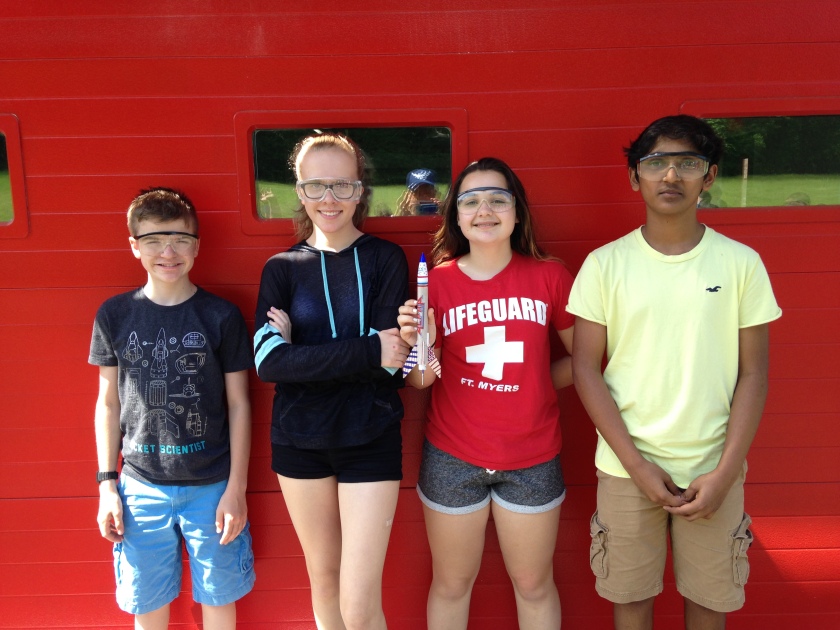 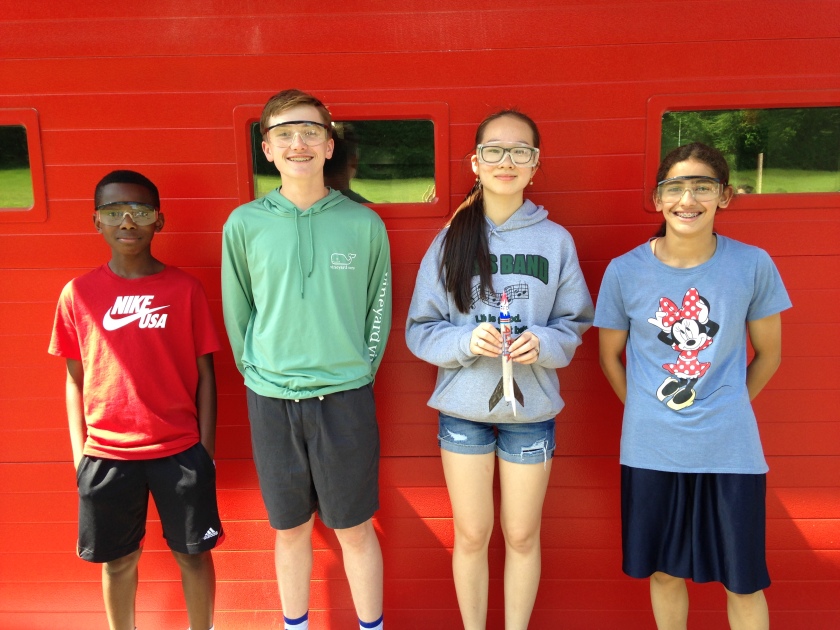 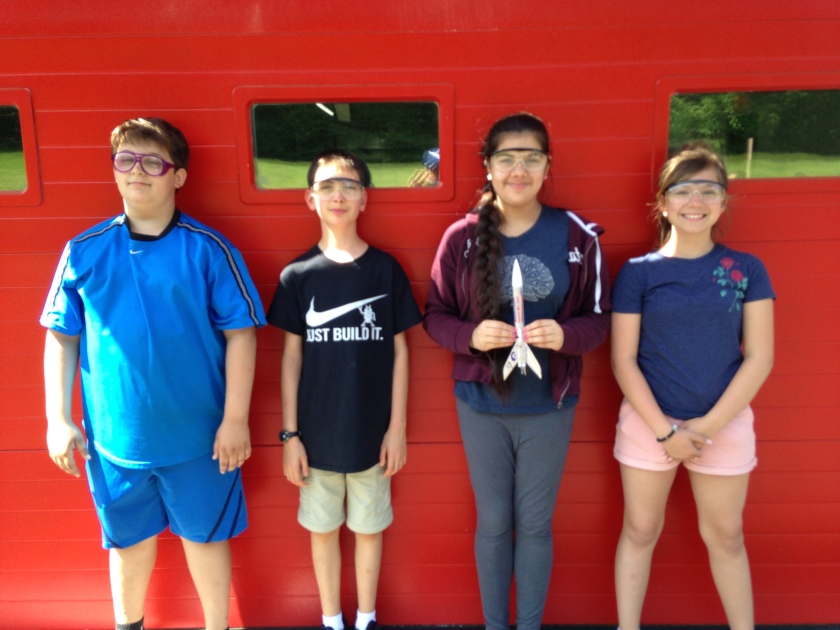 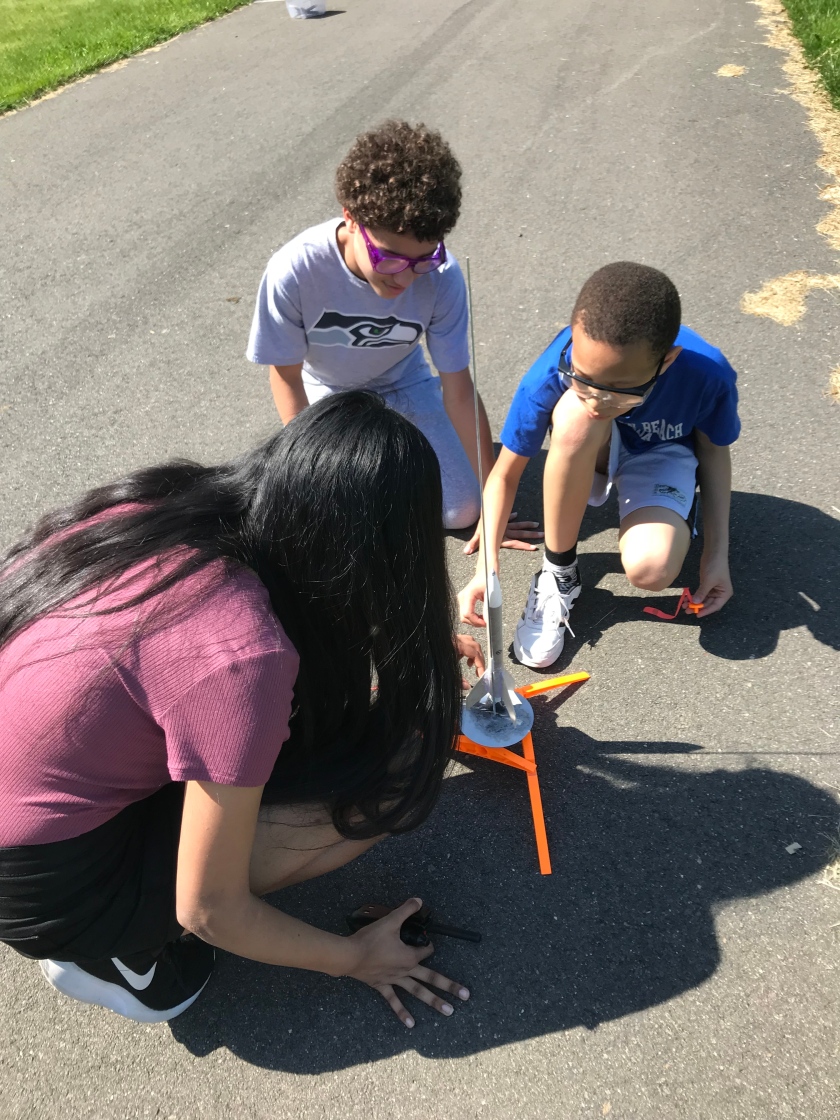 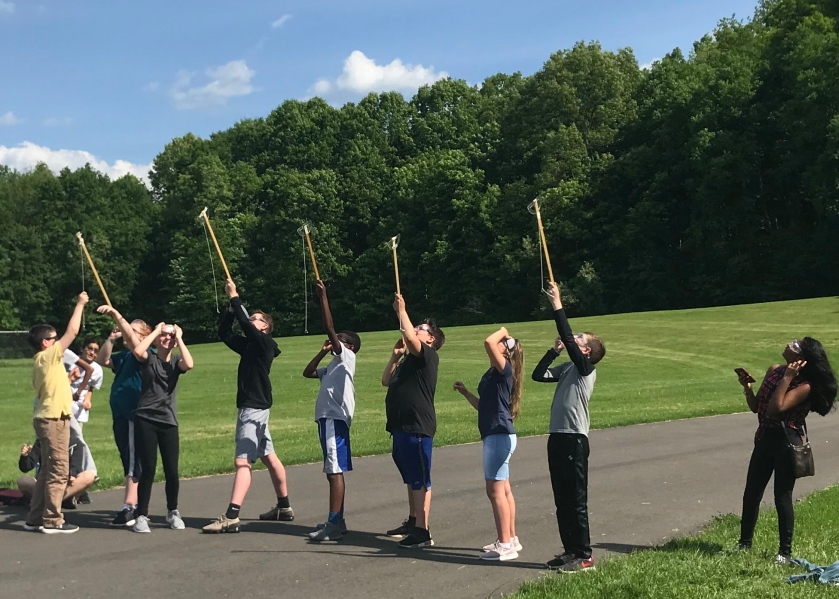 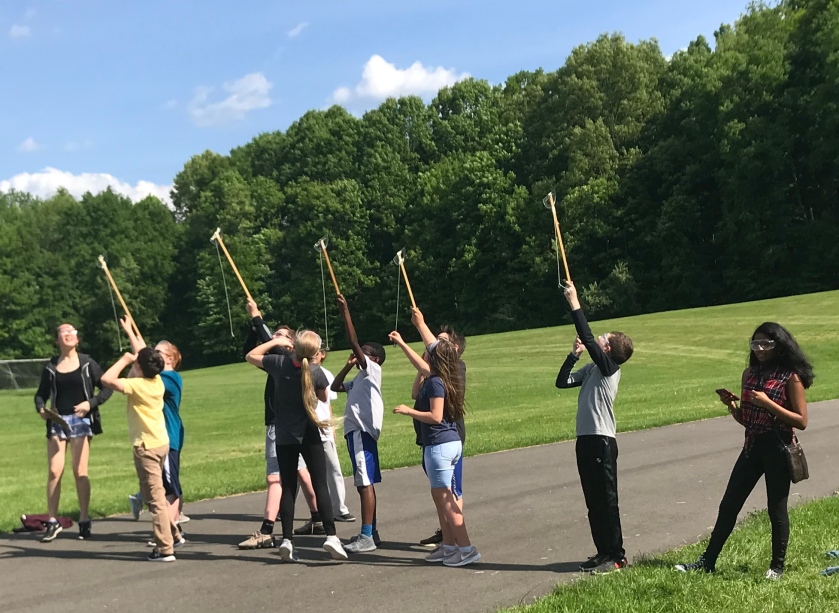